Ken Block and the Monster World Rally Team (MWRT) are participating in exclusive launch event in Paris, tomorrow February 2nd, to promote the upcoming World Rally Championship season. The MWRT is one of the few teams asked to join in the event which will consist of a photo shoot, press conference and interview session.

Races Ken will be competing in for WRC 2010 Season: 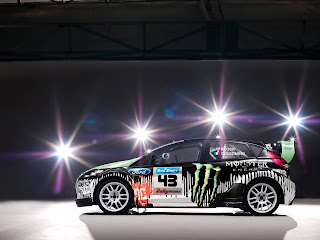