As of last week it’s been two years since I bought this bike & the fact that it’s not done is disturbing me so I decided to put everything aside and finish it, Yeah right.
Every time I do that it just turns into a mess.
For instance all last week I worked on ruining the megaphone and have to start over tomorrow. Then there’s this taillight idea. I found this transparent acrylic rod and somehow managed to carve up the first go around of the lenses pretty quickly however it was kind of a test run and needed reshaped in order to fit the internals. So I went ahead and ruined two more tries at the damn thing. So yesterday I decided one more try & if it doesn’t work I’m scrapping the stupid idea. Well after many hours of annoying poor Chris with the dremel & flap wheel it finally worked out (so far). It’s needs the cavity machined, final shaping/sizing, finish sanded & buffed out. then there’s the issue of attaching the damn thing.
Either way this acrylic is pretty cool stuff to work with & it buffs out really easy.
*
Delviesplastics.com
* 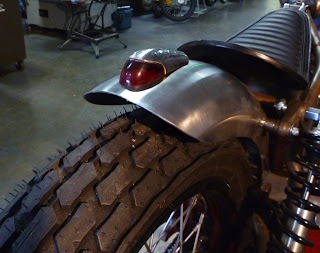 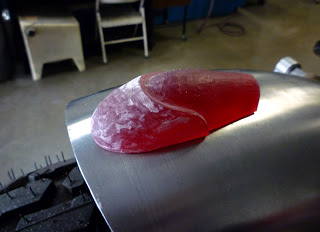 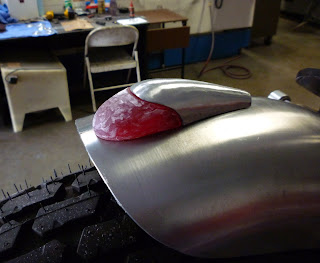 Lesson learned, again: go with the flow & don’t force it.