Swing Arm Flu Outbreak
I have at least 6 confirmed cases one of which is me.
Good friend Todd Scott “Scotty”, (Halseth) from Sac town sent in his cone shovel version in mock up form. Check it out. there’s a whole lot of unique stuff going on here, rear fender struts & Scotty’s formula for mids being my favorites . 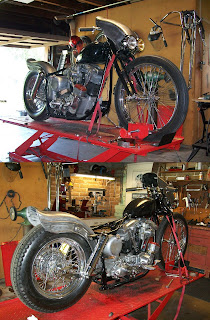 Not more that a few hours later Flat Iron Mikes checks in with his latest update,  FIM styled pipes in some 90 degree heat. Mike will probably be riding this thing by Sunday and I’m going on the 1.5 year mark???
It’ll pop wheelies Mike. 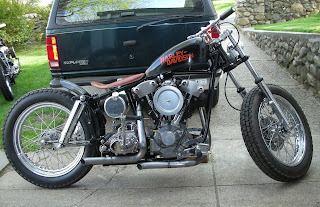 And then there’s always the “rub it in” photo. 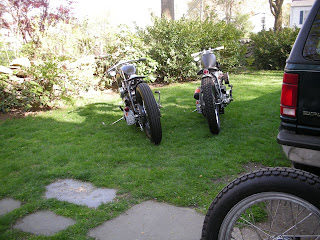 I’ll be playing catch up in a couple of weeks and then it’s on.
Thanks a ton for the content guy’s.