I found these photos last night too.
It was early august of 98 and for some reason a local shop had one 99 KX125. I bought it and immediately showed up at Pro Circuit for some suspension work, pipe & silencer, bars and whatever else I could talk them out of. I rolled it in the shop and Mitch says where the hell did you get that, we don’t even have team bikes yet? So the deal was made to leave it for them to fit a bunch team race goodies, this is how it came back to me.
Minus the Ti it was pretty much a full blown race set up, built motor, full suspension work, frame painted, the whole deal. Although it wasn’t the fastest bike they ever built for me it handled the best for sure. Well until the frame broke two days before an Anaheim super cross invitational and I had to run out and buy a 2000 Honda but that’s another story in itself. 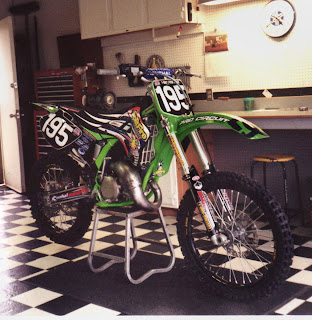 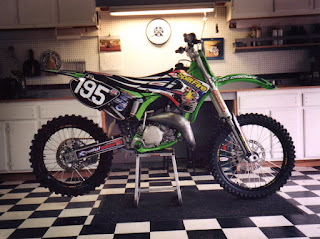