Possibly the worst day of the school year was the day we returned from Thanksgiving break. The Monday following Thanksgiving is always the first day of buck season and although we got that day off from school it also meant that a good part of Tuesday would be spent listening to way too many bullshit stories of how many deer were seen, shot, missed, and tied across the hood of the old mans chevy citation.
However, by far the best story I ever had to listen to was told that exact Tuesday morning of my sophomore year while sitting with the usuals at the cafeteria tables prior to home room.
Stories were already flowing when Joe came in and said you guys have to hear this.
Joe & Kent were good friends and that year they had decided to hunt together. Shortly after arriving at the spot they decided to split up, see what they could scare up, then meet up for lunch and a game report.
Shortly after separating Joe was feeling the effects of a good PA hunters breakfast and found a good tree for a squat. Finishing his business Joe realized he was unprepared & needed something to wipe with, after very little thought Joe ended up sacrificing a glove, buttoned up and pushed on.  Lunch time rolls around Joe & Kent meet at the rendezvous point,
Kent immediately asks Joe “see anything?”
Joe says “Nah nothing, You?”
Kent replies “not a damn thing, but (reaching in his pocket) it’s your lucky day. Check it out, I found your glove. 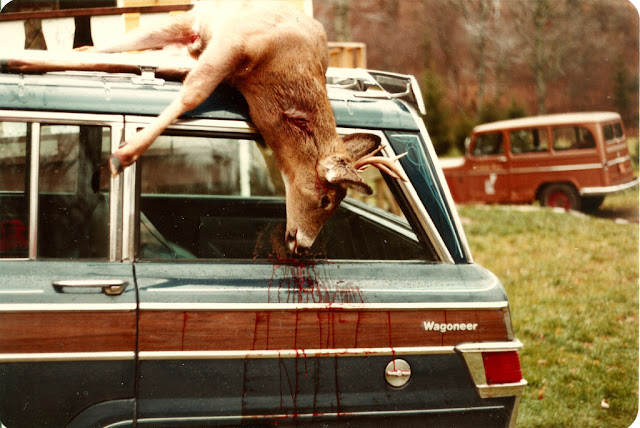