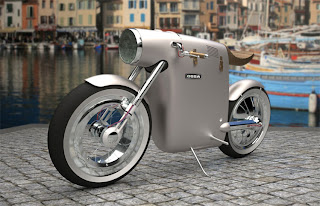 Over the past few days Art-Tic Ossa electric concept bike has been all over the interweb & although it is pretty cool in a giant electric shaver kind of way what really caught my attention was Art-Tic’s source of inspiration.
Santiago Herrero’s Ossa 250 Monocoque Race Bike 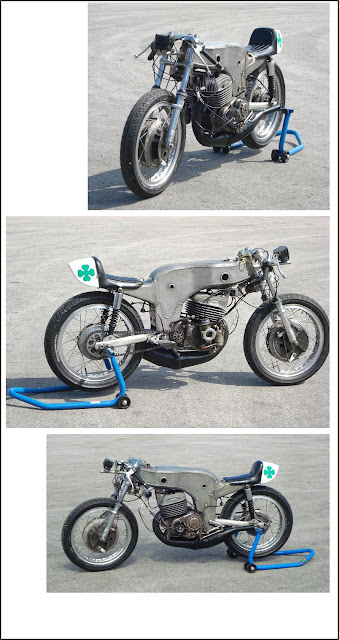 Apparently the 1969 Ossa single cylinder 250 was a whopping 20hp off Yamaha’s powerful V4, however Ossa was not only 45 pounds lighter but stiffer and much more agile.
Over the next couple seasons Herrero showed flashes of brilliance & even won on the Monocasco but during the 1970 Isle of Man TT “tank slapping” headshake would cause Santiago to take out fellow racer Stanley Wood both would go down.
Wood suffered a broken ankle & both collar bones were broken as well,  28 year old Santiago Herrero died from his injuries a couple days later.
The loss of Herrero caused Ossa to cease it’s racing efforts.
*
**
**Very Cool Bike.
**
*