With the pan head done, the bike lifts tied up with other bikes and the new “no more polishing” rule in effect, I found myself with nothing to to do.
Ever since Speacial79 Jay was here a few weeks back I’ve been wanting to mess around with some tank work. A while back Bob cut the tunnel out of this alien tank and for the most part it has been left for dead. So I decided to make a go at flat side split tanks and see if he likes them better than the 23 gallon fat bob’s he’s running now.
I need the four weld in hose fittings, Anyone? 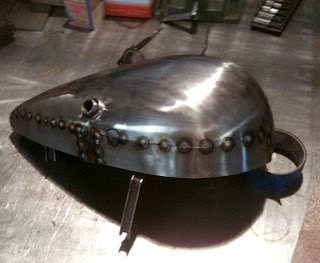 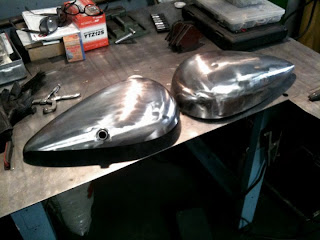