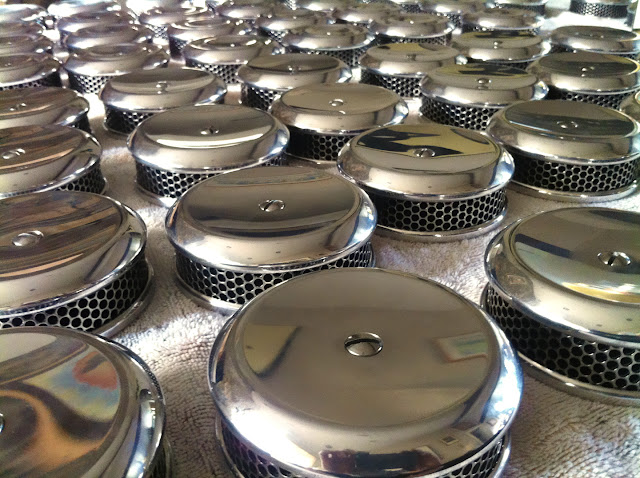 One zillion air cleaners assemble & packaged yesterday.
OK it was more like a hundred. 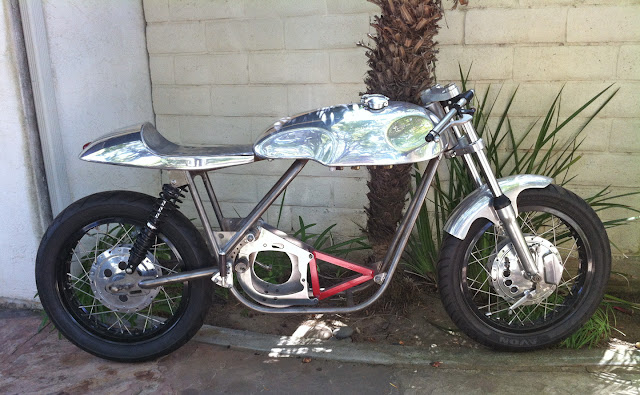 The stance & tail section of this Norton has literally haunted me for years.
After a few changes in suspension I got the stance where wanted it, then I ask Evan Wilcox to rework the tail section more to my liking.  When I went to mount the tail/seat for the third time, I was frazzled, busy with parts, MBob & had 30 other semi legit excuses why I couldn’t make it happen.
So I took up to Kiyo, after a short brain storming session he said  “yes, I’ll do it”.
And he did.
It’s exactly where & what I was trying to conger up.
I picked it up yesterday, I had a hard time not going and having a look every 10 minuets.
Thanks Kiyo.